Good communication with your surgeon before rhinoplasty is very essential for result you want. Some thing may seems absolutely clear to you so may you think that is is not necessary to explain them to your surgeon, but that is wrong. Everybody is different so try to explain it as best as you can.

Many people actually make a huge mistake when explaining what they want. They just come to surgeon and say something like “I want to have small nose”. But what is small nose? If we go more into details we can say that nose is like 3D structure. It is has basically 3 dimensions. So when you say “I want small nose” it is not really a good way to start because you can have small nose which will still looks piggy etc. I will explain that. The 4 basic things about noses are: nose lenght, nose projection, nose width and nose rotation but this is something what many people do not realise. 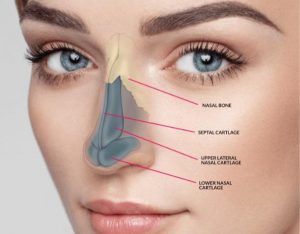 What is nose lenght?

Nose lenght is when you meassure your nose from upper part which is called radix to bottom part which is called nasal base. Often the longer your nose is the shorter is distance between upper lip and bottom part of the nose and opposite. And for example you can have long nose but very small projection. And this is also why many rhinoplasties fail. Because you just assume that wanting a short nose going to be all you need but that may not be a true.

What is nose projection?

What is width of nose?

And then we have width of nose which refers to width of your nose when looking from front view. And here comes the trick. The less projected your nose is then more wider it is going to look and opposite. So what I am trying to say is that every step influences something else and this is really important to realise when going for rhinoplasty.

And something extra: tip rotation 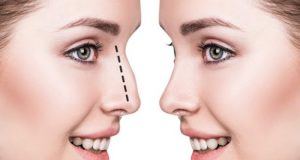 Last thing I want to mention is tip rotation. It basically refers to rotation of your nose tip. The more rotated your tip is, more nostrils show you are going to have. Typical angle of rotation for men should be between 90-98 degrees. For women it is between 95 and 110 degrees.

So as you see it is all very tricky and you need to think twice before going into surgery. So saying ”I want small nose” is not a wise idea because it does not explain anything and every surgeon can understand it in little bit different way.

About the author Marianna

Marianna Austin is a graduate of medicine from the University of Illinois. She has 10 years of experience in the field of medicine and healthcare. She is currently the lead writer for Heimlich Institute.